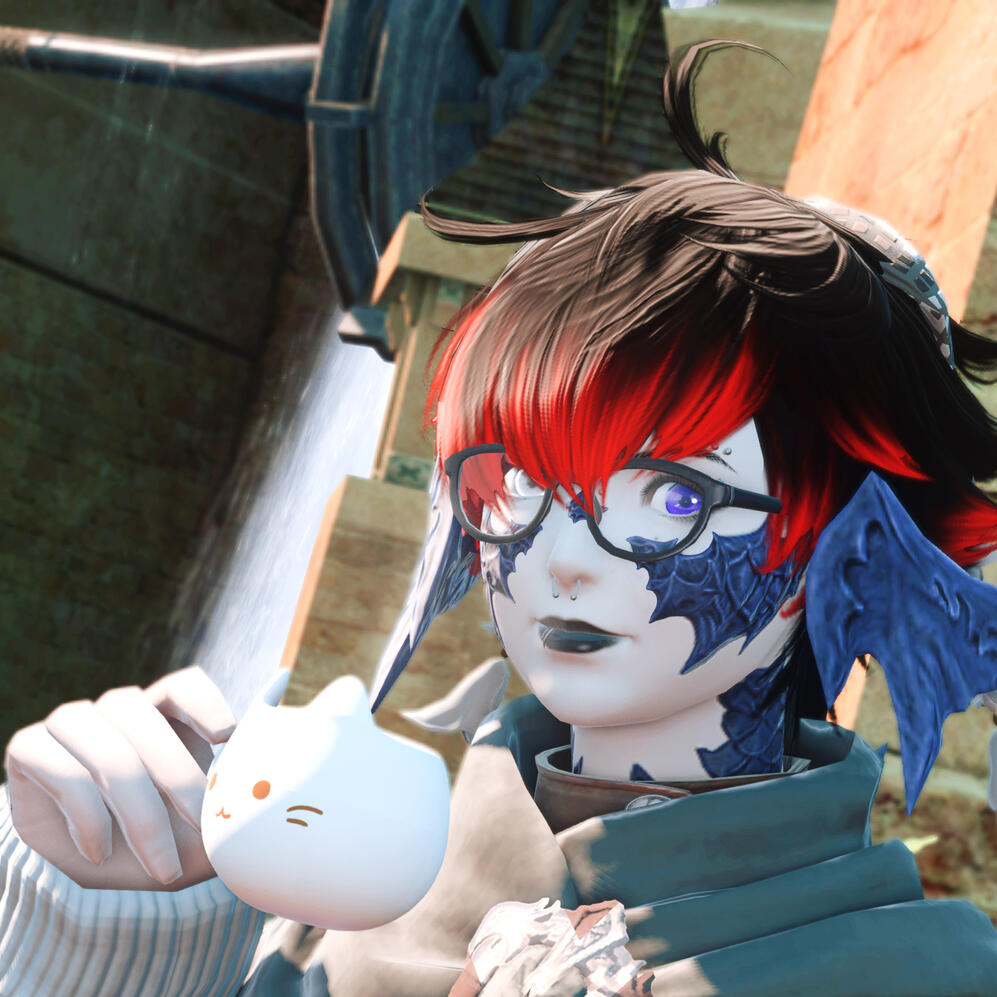 Age - 18 (She does not know.)
Race - Au Ra / Xaela
Height - 4'9
Alignment - Lawful Good
Home - Most likely where she works
Work placement - Maid/grounds keeper
Birthplace - Azim SteppeThings of note;
------------------------
- Never goes anywhere without her tomestone.
- Is currently heavily pregnant and dresses for it.
- She is rather small, in size and body type, would be easy to miss her if one did not pay attention.
- Her tail is much longer then her kin, reaching the floor with ease and with more to spare. If other words its twice as long as her leg and a bit more.

AboutBorn in the steppe like many of her kin, however unlike many of her kin she was born to that of two tribes of the steppe, for the most part she lived with her Father and his tribe the Horo. Over the years she was able to meet her mother a number of times and that of his tribe, the Mol, but meeting her mother and the tribe, she was of the complete different image of the large bloated people of her father's tribe causing anxiety within the young Au'ra. During her youth an attack was launched on the small camp that the Horo was using at the time from another tribe the Dotharl, in the chaos the young Katsuye was injured, a Dotharl male had pinned her down and attacked her, cutting and ripping at her throat. The Dothral loved massacre and violence, so in turn the attacker left Katsuye to bleed out. Luck however was on her side as the Horo’s shaman and a few warriors was able to carry the injured child away and tend to her, this attack however had left Katsuye maimed, and unable to speak. She was sent with many of the children to seek some shelter at a safe haven in the steppe, Reunion the trading hub and neutral ground of all Xaela. Taking this chance she sought to find a way out of the steppe away from all that had hurt her, this is where she found a set of traders from Doma, using her small size she was able to sneak onto their cart, and hide within a basket.On entering Doma the traders found the young Au’ra, some of the traders wished to send her back but one did not, a middle aged man took the Xaela to his home, there along with the trader’s wife the two raised Katsuye as if she was one of their own. Life was simple and much calmer for the small child, for the first year or so she spent more of her time around the trader’s wife, her adopted mother, learning and watching as the way of life of these Doman’s was much different than that of her kin. It took time for Katsuye to understand the language but not too long. Life however took a strange turn as she found herself becoming a sister as her adopted father brought home a second child, a Miqo’te with the name Tyo.However as the years went on the empire started to step up conscription within Doma, and with the looming threat of conscription as both Katsuye and Tyo were of age. Their father did his best to try and hide the two teens from the empire’s soldiers, but sadly mistakes were made. During one of the conscriptions Katsuye was forced to join, Tyo tried to fight back to only fall prey to a strike from a soldier. However their father was more than just a trader and rice farmer, he was a Doman swordsman, he rushed inside the family home to gather his blade on coming out he rushed the soldiers. One by one their father cut down each of them, freeing not only his own children, but others along with, however on striking down the last foe he was struck himself with a round from one of the empire riflemen. This took a blow to the family and the village, it was no longer safe for anyone, so it was quickly abandoned. Many of the young people were shipped away to safety, Katsuye was among them, but not Tyo, others were piled into boats to cross the ruby sea. Her small ship landed in Kugane where till now she has spent the rest of her life, moving from the service of noble to merchant as a maid or housekeeper. Not only losing her family once but twice, had affected her outlook on other people. She still remains her shy quiet self, but never has lost her focus on finding a place to live, and maybe her family once again.

HooksVery easy way to make contact with her is to just simple poke or speak to her, however you may catch her working, or in the streets shopping for the house she works at.

BlobThis fat cat was a gift for her wedding, unable to name him, Katsuye choose to call him Blob after his blob like status.

Cirina "Ciri" SaitoSmall Xaela child that was adopted by Kat due to the child's state of deafness, as time as past Kat has grown rather close with the child really sitting in her role as mother. 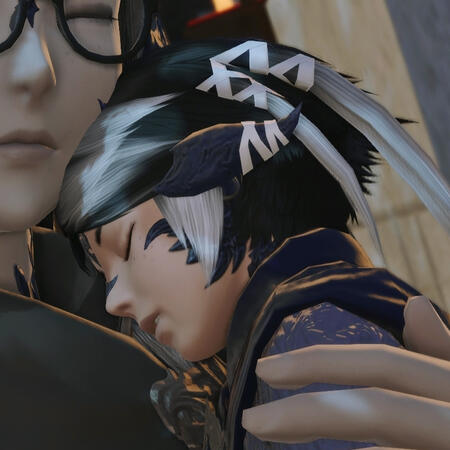 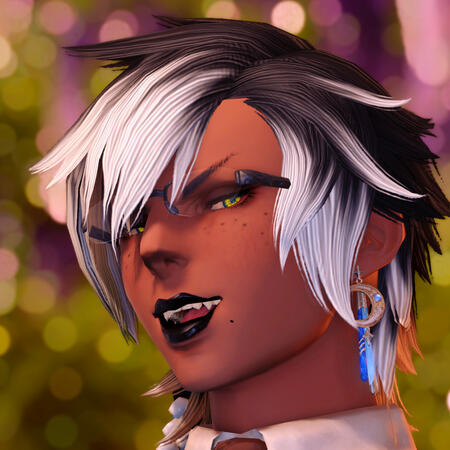 Ty'rel AkarsuCurrently Katsuye's lover and father to her children, someone she finds peace with no mater what.

Ishant ShardrellaireIshant was the first person on the estate to help Kat settle in, and show her the ropes. 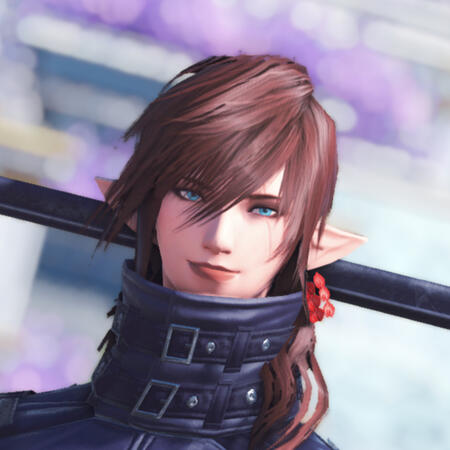 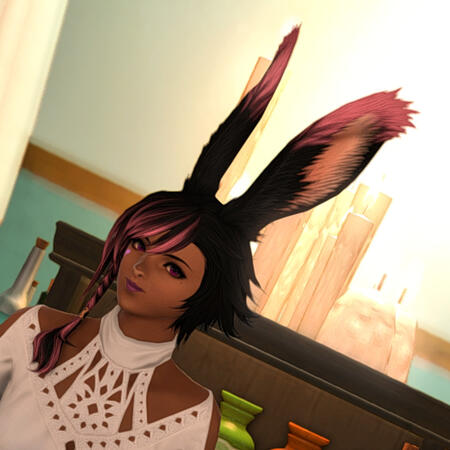 Kihra XeinaA close friend, in times of need has come to Kat's side for emotional aid and support. But not only that the two work together

Sheyn AllesseyKat's friend, currently as well her boss right now, but Sheyn seems to care for her friends. 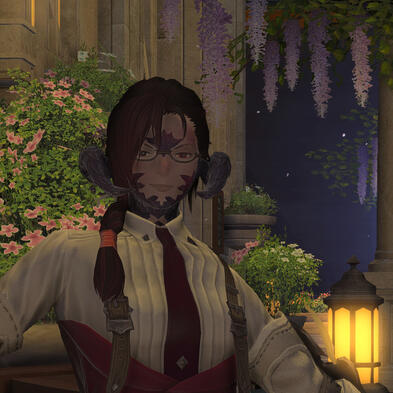 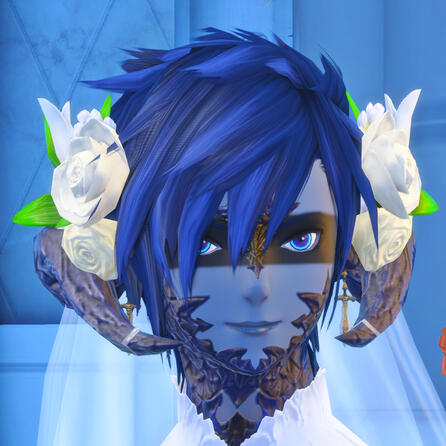 Zorra KhaSomeone Kat sees as a protective figure, but someone Kat can trust in when help is needed.

Khloe TayunGuard and artist, Khloe was the one to help Kat learn to paint. But in a time of need Kat offered Khloe help. 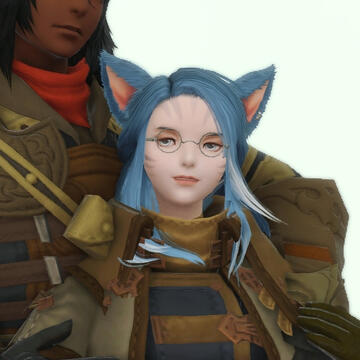